Almost back on our old stomping ground now.  We spent the evening with Dayv and Debbie who are on their way South and introduced them to the camping raclette.  Dayv and Jonathan worked together at the Department of Housing and Public Works in Brisbane and I think they had missed their ‘putting the world to rights’ conversations.  Dayv has been one of our most dedicated blog readers so I think it’s fitting that he makes an appearance at the end of our travels. 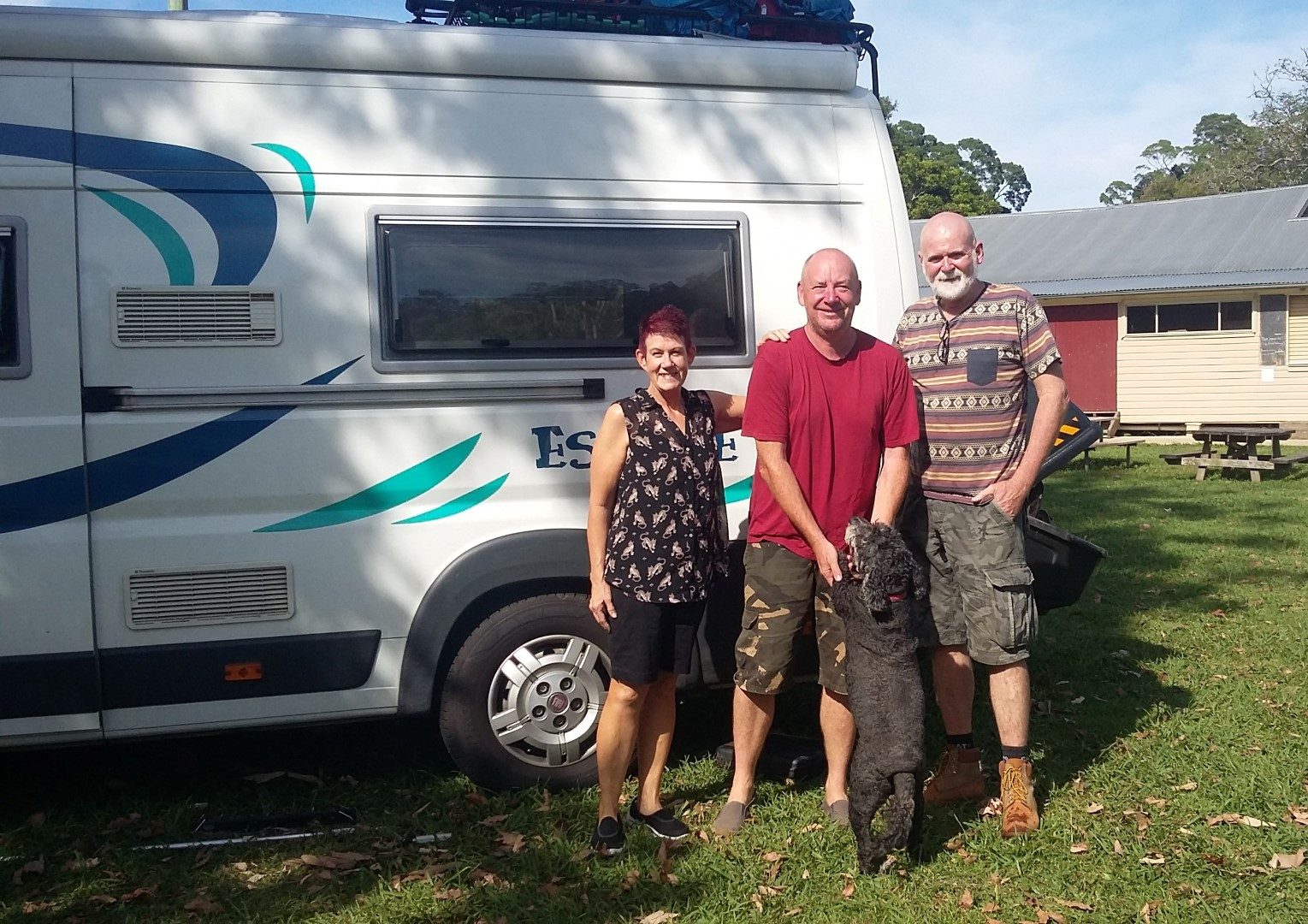 Lovely to meet you both, safe travels and a Happy Christmas.

The ‘Landmarks’ exhibition is a tour of Australia which explores the characteristics of different towns and areas and how these places have been shaped by generations.  It had much more meaning for us, having just completed our own tour and visited most of the places. 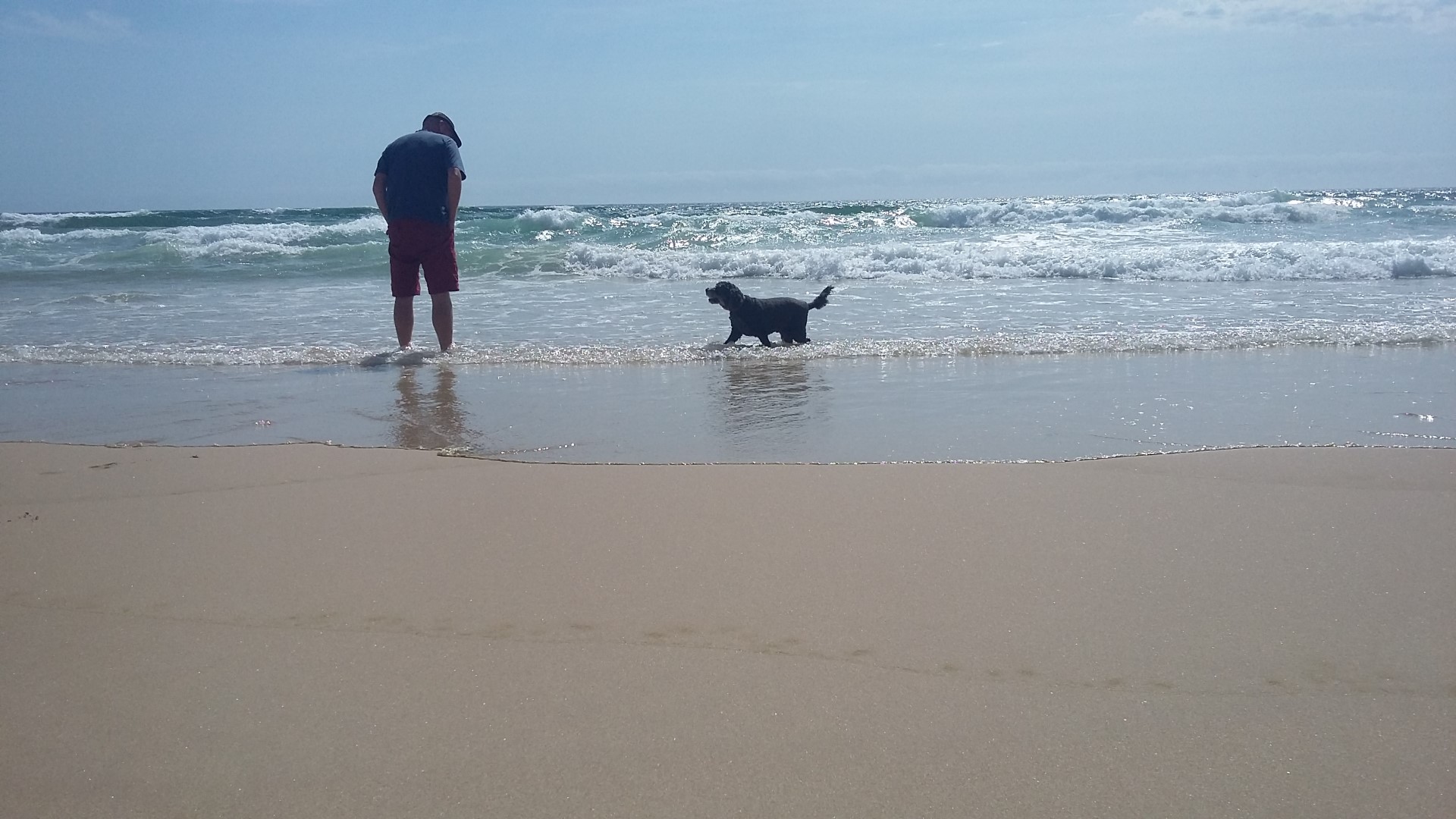 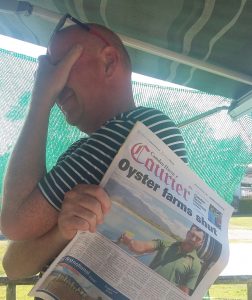 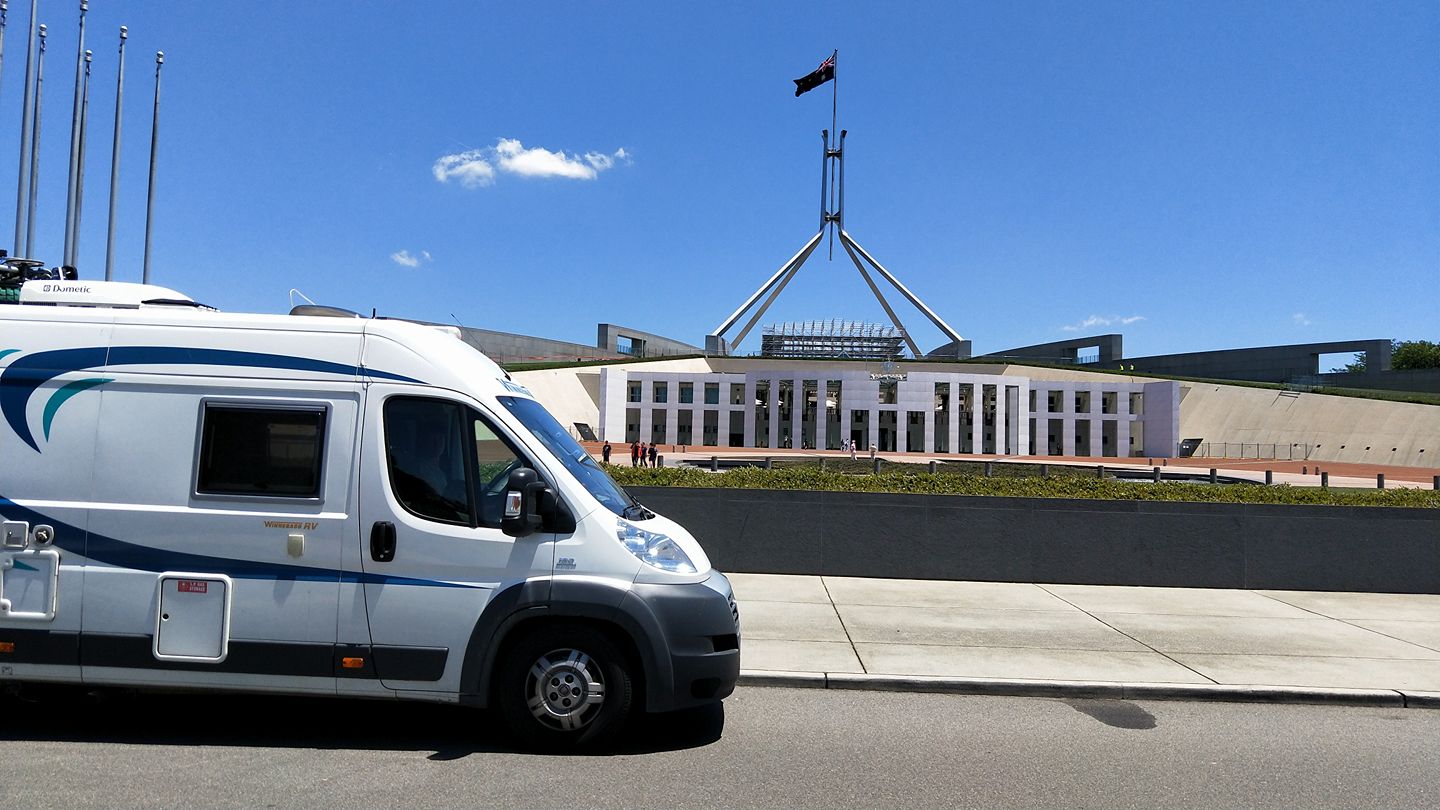 If blog watchers are wondering why there’s been a bit of a gap since the last post, I’ve been recovering from a nasty bout of gastro and haven’t been able to do much.   All those months travelling through the Outback and then I catch it not far from Melbourne.  We found a scenic and relaxing spot by the river in Tumut to camp up (with nearby amenities) while I rested. 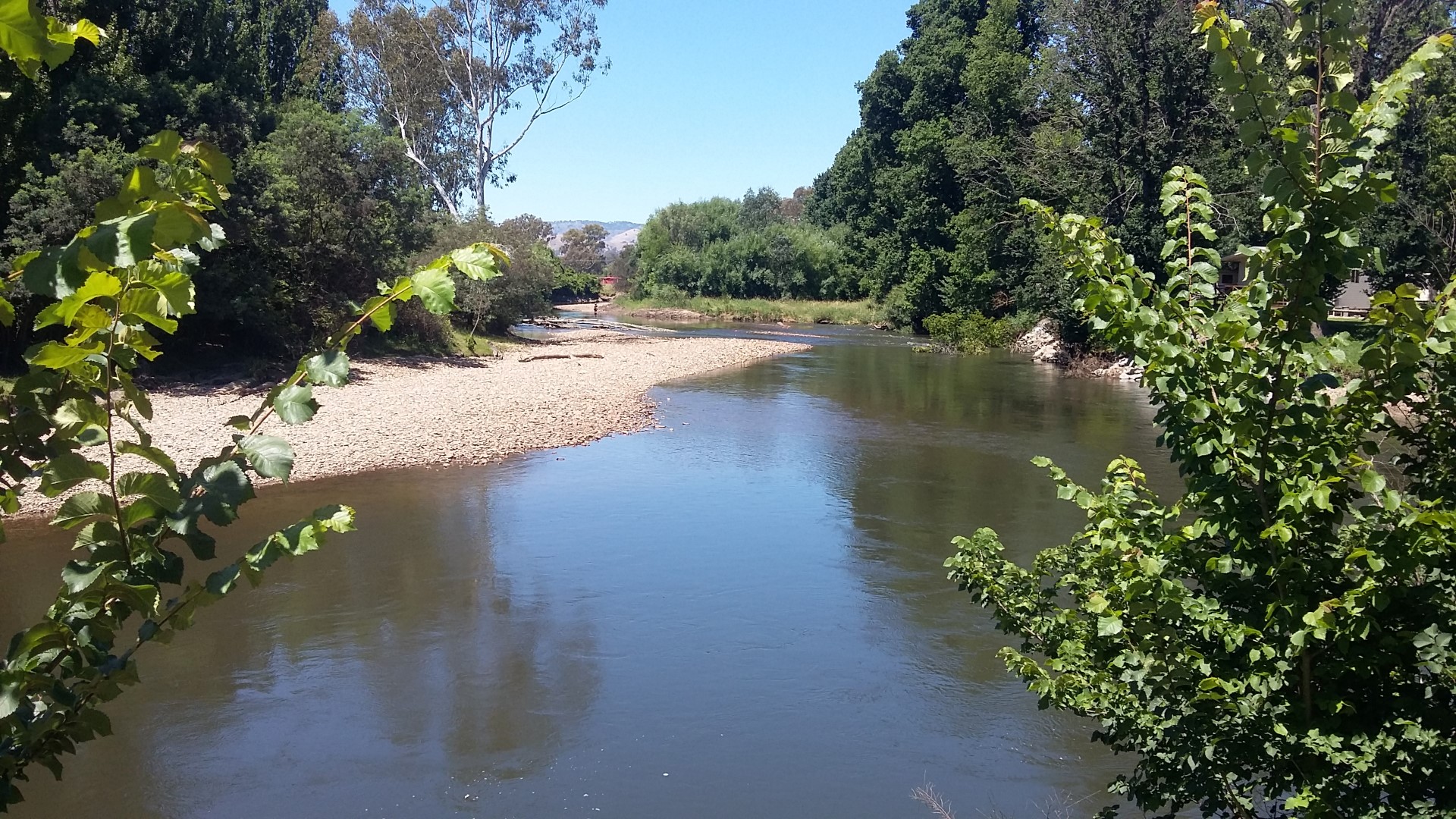 Jonathan thinks he didn’t catch it too because he sticks to wine for his fluids.

Our first visit to Geelong.  The rain eventually stopped and we went for a walk along the Eastern Beach Reserve and through the Botanic Gardens where there are several bollards which have been turned into sculptures of people.

I don’t think the Cockatoos at Lorne could read.  The two lads left soon afterwards to finish their fish and chips somewhere else.

Just to say that we did drive all of the Great Ocean Road, we did the Eastern Section from Torquay to Apollo Bay. 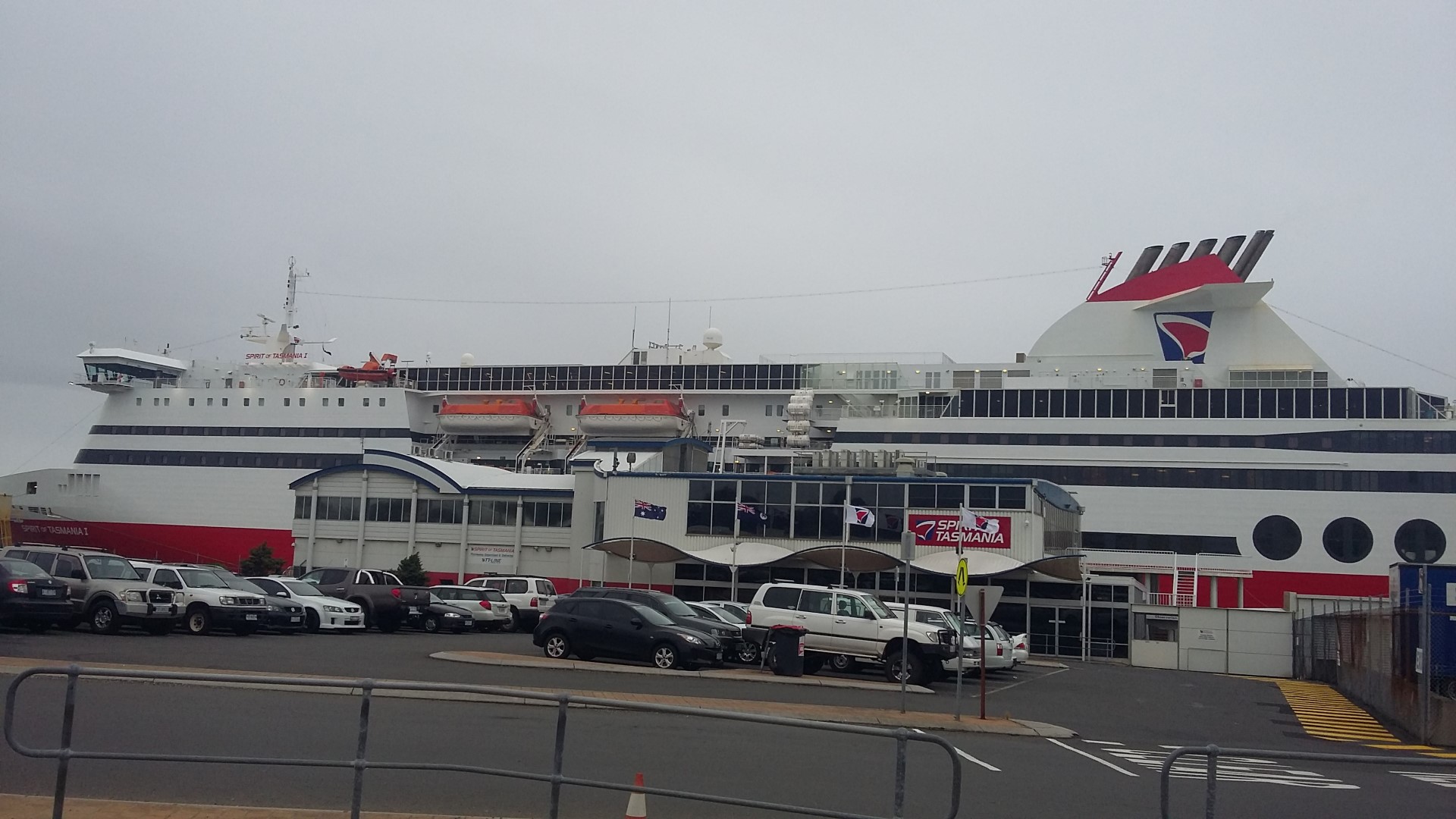 The North coast of Tasmania is famous for its Little Penguins so we were quite hopeful of seeing our first penguins in the wild here.   There’s even a town called Penguin which has really embraced its name.

We finally struck lucky at Burnie where there’s a penguin observation centre.   The centre is looked after by the ‘Friends of Burnie Penguins’ who offer free interpretative tours for visitors from September to March.  (This was very different to the highly commercialised  Penguin Parade at Philip Island).  The Little Penguins spend the day fishing and come back to nest in their burrows at dusk.  Volunteers made hundreds of little penguin ‘igloos’ for them which means there are always plenty of penguins to observe here.   Some penguins are still rearing their chicks at the moment so if  you look carefully during the day, there are some in their little igloos.

I’m not sure whose idea it was to house the Burnie Brass Band next to the penguins. 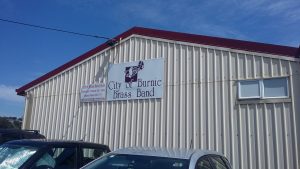 The only thing we really knew about Port Arthur was that it was the site of Australia’s worst massacre in 1996 when 35 people were killed by a lone gunman and many wounded.  Most victims were shot at a cafe at the Port Arthur settlement and you can pay your respects at a memorial. 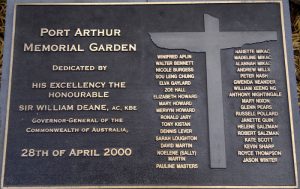 The settlement at Port Arthur started out in 1833 as a place to send convicts who continued to offend once they reached Australia.  It became a model for the rehabilitation of criminals based on Pentonville Prison in England.  Prisoners were disciplined and punished but also received religious and moral instruction, training and education.  As well as the prisoner population, soldiers and civil staff and their families also lived at Port Arthur and by 1840 there was a population of over 2000.  Convict transportation ended in 1853 and the settlement then housed an institution for ageing and infirm convicts who became known as the ‘old gentlemen’.  Some of these old gentlemen even led tours for the tourists who began arriving.  As free settlers arrived, the name was changed from Port Arthur to Carnarvon to distance the town from its convict past.  In 1856, the island also had a name change from Van Diemen’s Land to Tasmania.

Today, the site contains more than 30 buildings and extensive ruins and is set in landscaped gardens overlooking Mason Cove.  Apart from the fact that it had turned cold again, this was a good tourist attraction for the Bradshaws as dogs are allowed into the site.  The entrance ticket includes a 40 minute guided tour and a cruise round the cove (which wasn’t dog friendly).

In fact the tour had Winston’s paw of approval as there was frequent stopping when he could amuse himself by rolling in roo poo.  Being the only dog there, he also received a lot of attention.

I took this dusk till dawn image of the night sky rotating about the south pole at Tasmania’s most southerly point, Cockle Creek. The site was so dark and so remote that during the entire time I photographed the night sky, not one aircraft passed by and not one stray photon of light pollution illuminated the foreground. If you look closely, you can find some meteors in the image too. 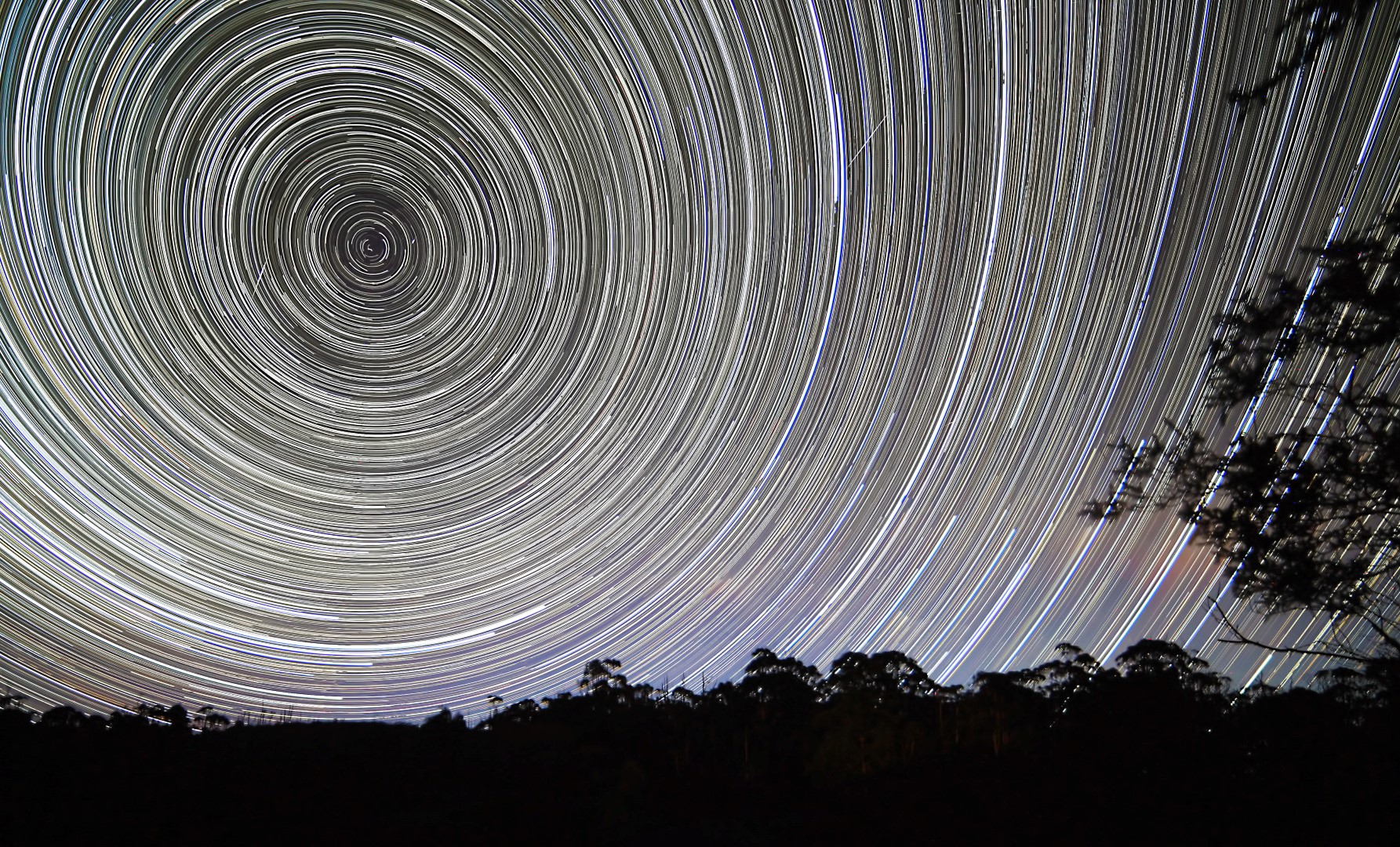 I sat and stargazed under the most pristine conditions imaginable and watched faint wisps of southern lights flickering just over the tree-line.