On the drive up the Eastern side of the Eyre Peninsula, we stayed at the little town of Cowell, on Franklin Harbour, which was the last stop on our oyster odyssey.  The pubs were the only places open on the Saturday afternoon when we arrived and we weren’t sure whether we would be able to buy local oysters over the Labour Day long weekend.  The wide streets and impressive buildings are an indication of the town’s importance as a port in its early days.   We did think that perhaps ‘Home Hardware’ could have made an attempt to blend in to the historic main street by not painting their building bright blue.

It was also Grand Finals weekend and South Australians had footy fever as the Adelaide Crows were in the AFL Grand Final.  You would have thought there was no other news happening in the world on the local news channels.   However, after a lacklustre display by the Crows resulting in them being soundly beaten by the Richmond Tigers, not much more was heard about the game.

Luckily for us, a little seafood shack on the jetty was open on Sunday morning and we were able to buy a dozen Cowell oysters.  They were were quite salty and zingy so we decided they would taste better cooked and we ate them fried in Tempura batter. 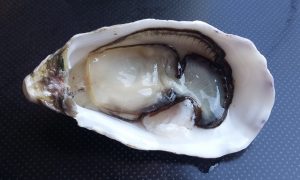 We were cheering on The North Queensland Cowboys in the NRL Grand Final on Sunday night.  They had somehow made it to the final without their two star players.  Things didn’t get off to a good start for them when a player went down in agony after only 3 minutes, having broken his leg.  Ultimately, the Melbourne Storm were too strong and won convincingly.

South Australia has daylight saving and the clocks went forward an hour during the night.  We’ve changed our clocks so many times over the past month that it’s starting to get confusing.  I think we’re now 9 ½ hours ahead of the UK and ½ hour ahead of Brisbane. 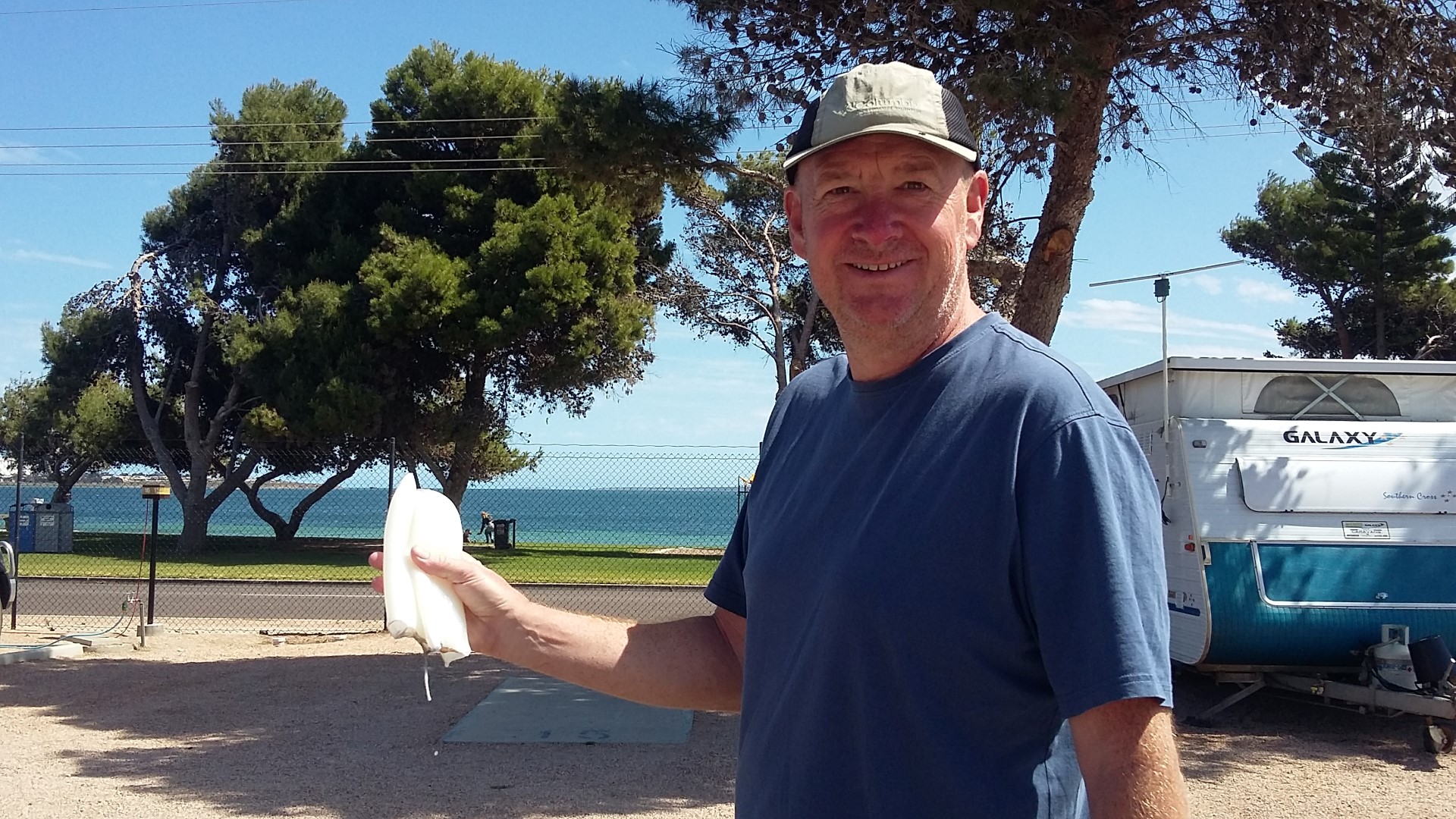 We continued South to Pemberton which is in the Southern Forests. The karri trees are easily recognisable as they are amazingly tall and have very few branches.   The Diamond Tree was used as a bushfire lookout and is 52m high.  I’m sure the steel ladder breaks every health and safety rule, although they say no-one has ever fallen but two people have died from heart attacks after climbing.  It was a very cold day and the rungs were wet and slippy so we decided it probably wasn’t the best idea to go all the way up to the lookout.

Although the trout fishing wasn’t successful, we did eat marron for the first time while we were in Pemberton.  We bought a couple live from a marron farm and they were pretty feisty.  We put them in the freezer for half an hour to slow them down and then put them in a pot of boiling water for about 10 minutes.

Dipped in garlic butter with some fresh bread, they were absolutely delicious.

Caves Road is the scenic route to take through the Margaret River region, instead of the Bussel Highway.  It’s narrow and twisty in parts but there are plenty of places to stop for a break along the way.  We thought the Margaret River region was only famous for its wineries, breweries and artisan sellers, and most of these are along Caves Road.  However the coastline is also popular with surfers.  The surf breaks at Yallingup Beach were among the first ones surfed in WA in the early 1950s.

The road winds through forests, dairy farms and vineyards.  We had to stop at the Burch Family Wines cellar door, as Burch is a family name but they don’t have the Burch name on their wine bottles unfortunately. 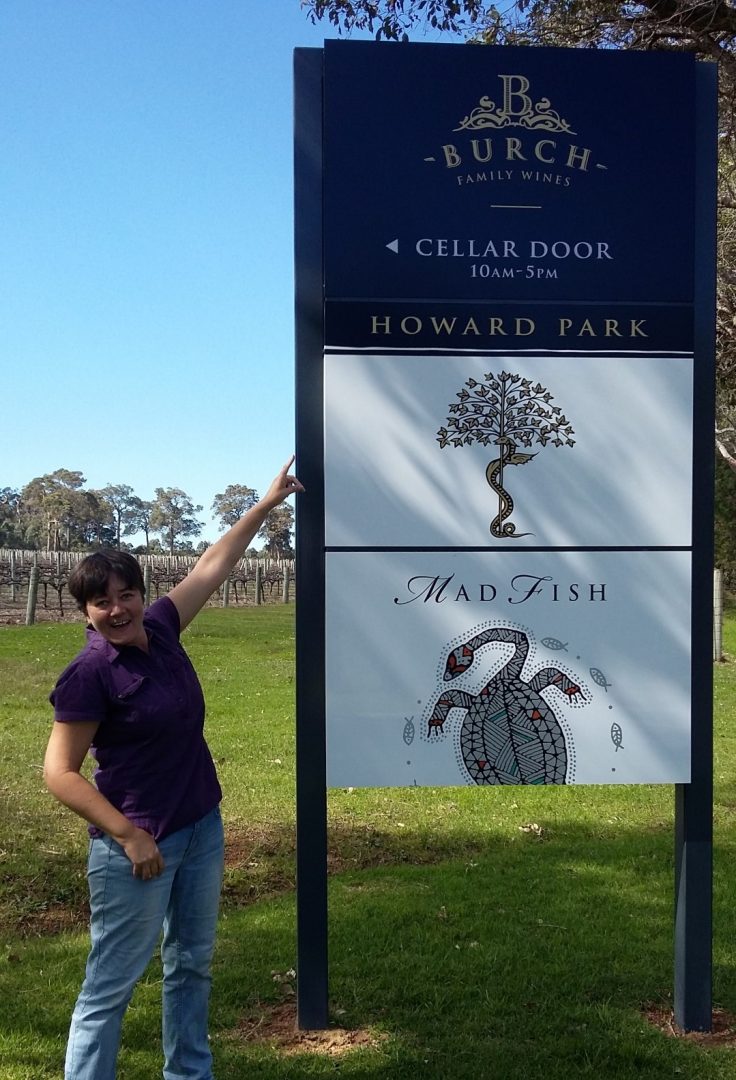 Caves Road runs the length of the limestone Leeuwin-Naturaliste ridge which is undercut by over 150 caves.  Four of these are open to the public.  We did the Jewel Cave tour, which is the largest cave.  You can get a pass to visit more than one which works out a bit cheaper.   Jewel Cave is spectacular.  Warning though: there are a lot of stairs and narrow walkways.  The tour guide turned out all the lights for a minute when we were deep into the cave and it was so dark, you couldn’t see your hand right in front of your face.   There is a statue of the extinct Tasmanian Tiger at the entrance, as footprints of the animal have been discovered in the cave.

Augusta is the closest town to Cape Leeuwin – the most south-westerly point of Australia, where the Indian Ocean meets the Great Southern Ocean.  The coastline is spectacular but also treacherous.  Twenty-two ships were wrecked off the coast before a lighthouse was built in 1896.  The nearby water wheel was built to pump water from a spring to the lighthouse cottages.  Over time, the wood has calcified and the wheel is now fossilised.  Instead of driving, you could walk the 135 km Cape to Cape trail.  It starts at Cape Naturaliste, West of Busselton and ends at Cape Leeuwin.  It’s usually completed in 5 to 7 days.

Cape Leeuwin is also famous for whale watching but despite sitting with binoculars trained for quite some time, there weren’t any migrating past while we were there. 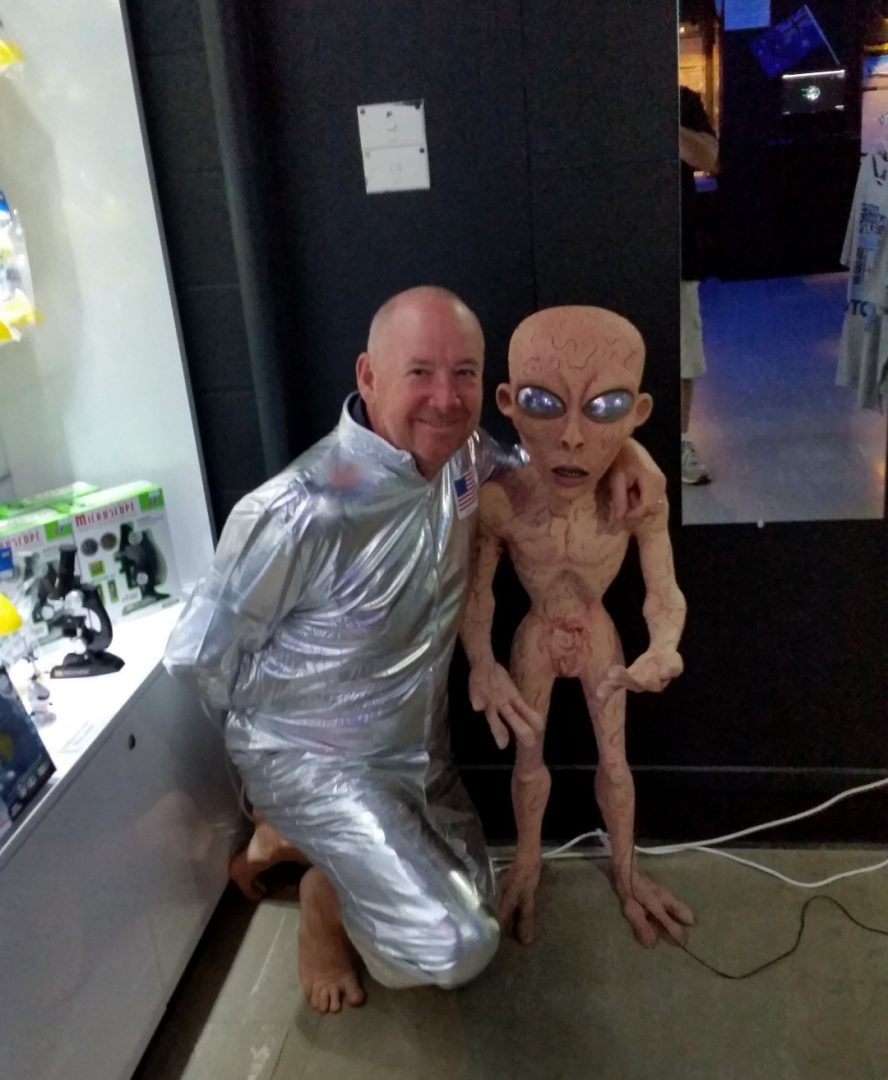 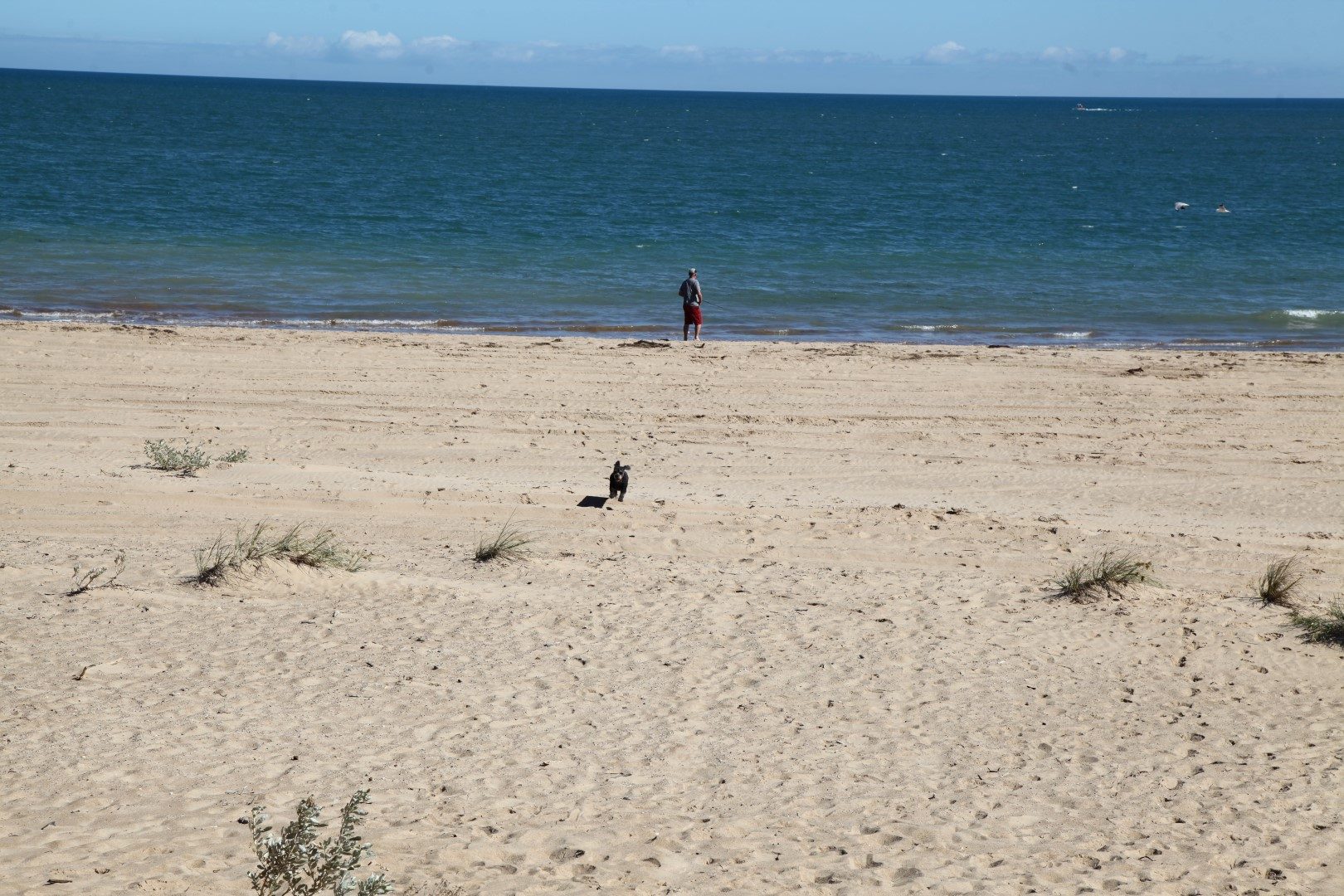 We only really stopped here because of the name but we had a great time tasting hand crafted beers and a selection of their wines, and having a yarn with this gentleman whose family planted the vineyard a hundred years ago.   Their Cabernet Sauvignon was a perfect accompaniment to the slow cooked lamb shanks we had for dinner. 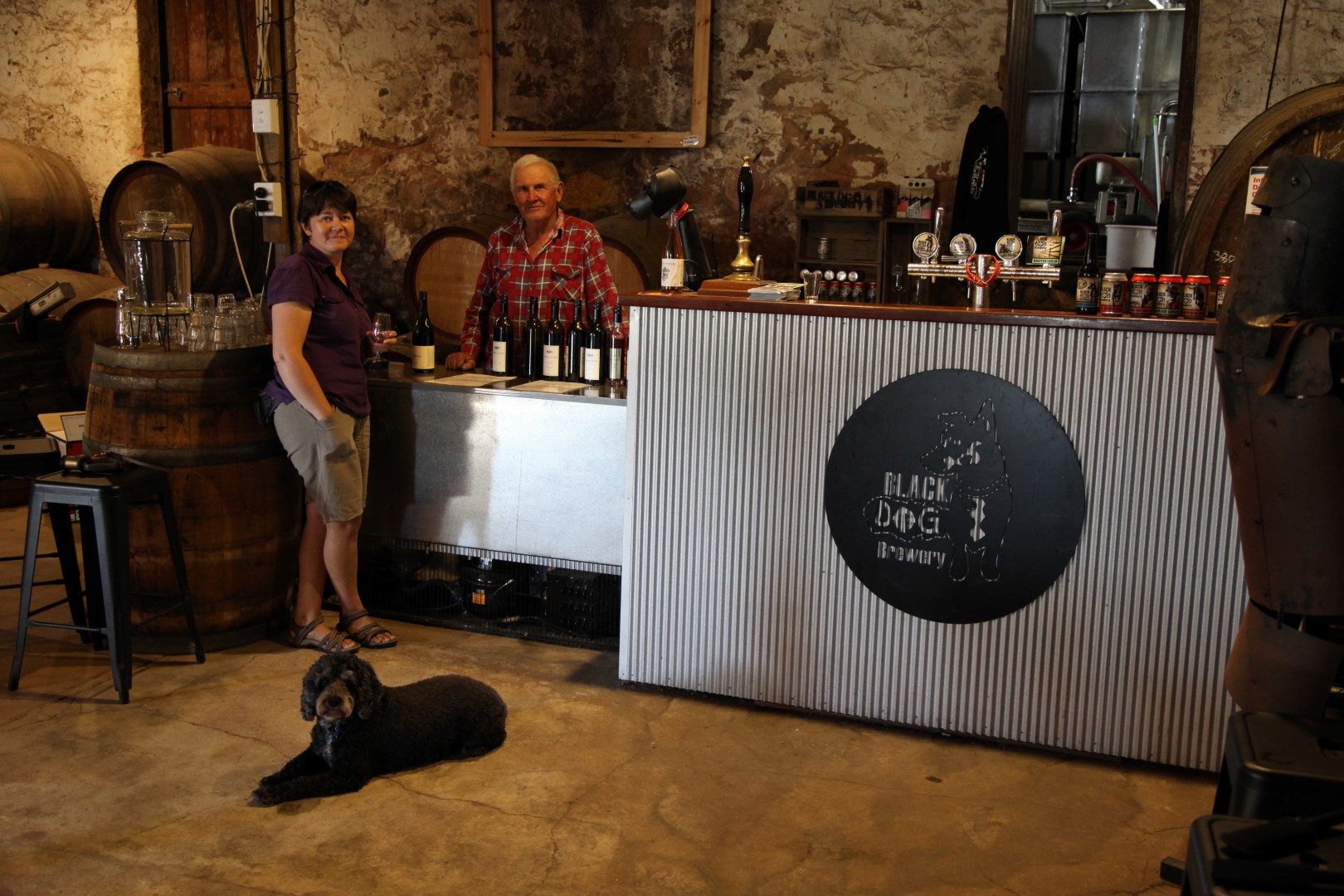 Melbourne is often described as having four seasons in one day and Monday lived up to that with  strong winds, then pouring rain and then sunshine.

Less than an hour’s drive south of Melbourne, we could see why the Mornington Peninsula is a popular getaway for people in the city.  We stayed at the Marina View Caravan Park in Hastings on the East Coast as this was the only place we could find that allowed dogs.  The coastal walks starting at the camp site were dog friendly.

Luckily Tuesday was gloriously sunny all day and we couldn’t have had better weather for a drive around the Peninsula.  It was a morning of sculptures.  First up was the McLelland Sculpture Park which gave us the opportunity for lots of photography and it also allowed dogs which was great. 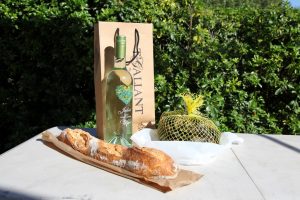 The park was bustling with visitors and school groups.  The park has a mixture of sculptures from quirky pieces to interactive installations.

The coastal drive from Mornington to Rosebud was very scenic and we bought some local mussels from a fishmonger along the way.  There are several vineyards on the peninsula and the region mainly produces Pinot Grigio.  We picked up a bottle from the T’Gallant vineyard to go with the mussels.  A rustic baguette from the excellent Red Hill Bakery finished off our dinner plans.

The weather has cheered up and we’re at the start of a coastal drive famed for its oysters.  Everyone recommended Jim Wild’s Oysters at Greenwell Point.  Jim Wild is a world champion oyster shucker.  You can’t really get any fresher than eating just opened oysters at an oyster farm.  They were creamy and delicious with a squeeze of lemon, black pepper and Tabasco Sauce. 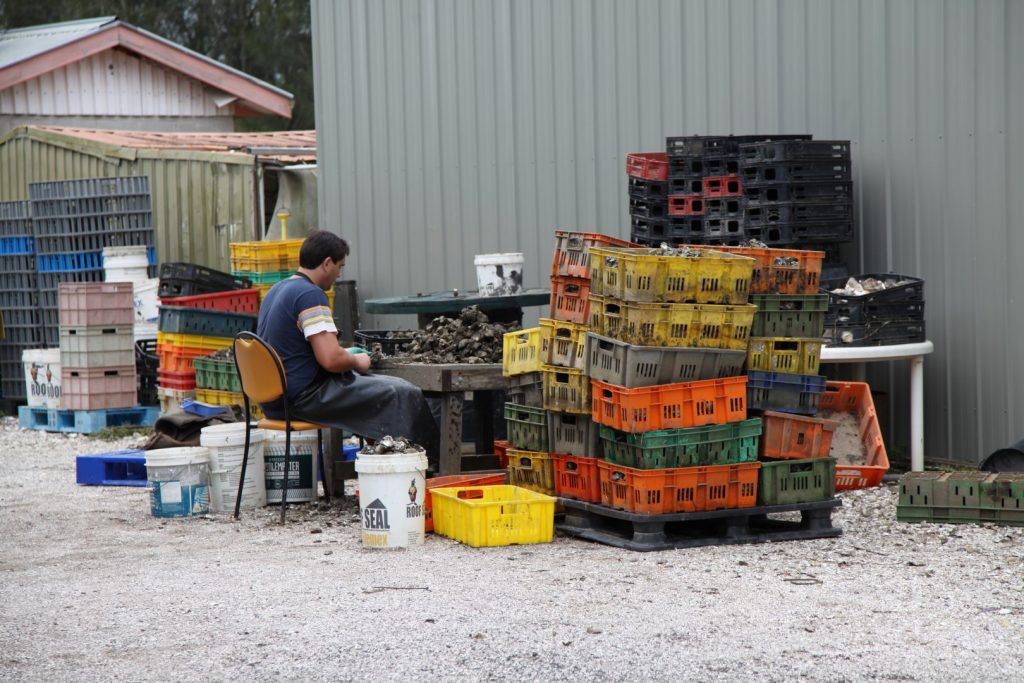 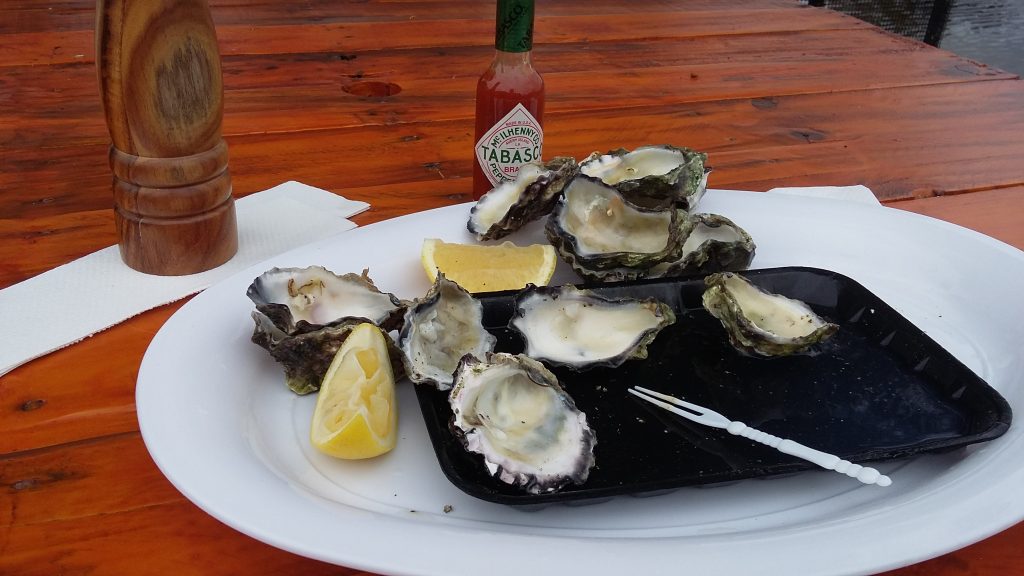 Would also recommend The Heritage Bakery at Milton which makes the best meat pies we’ve ever tasted, and a pretty good cup of coffee.

We were told we must take a look at Hyams Beach which claims to have the whitest sand in the world.   It was indeed very white which made the water look a very inviting blue.   It was also a dog friendly beach and definitely got Winston’s seal of approval. 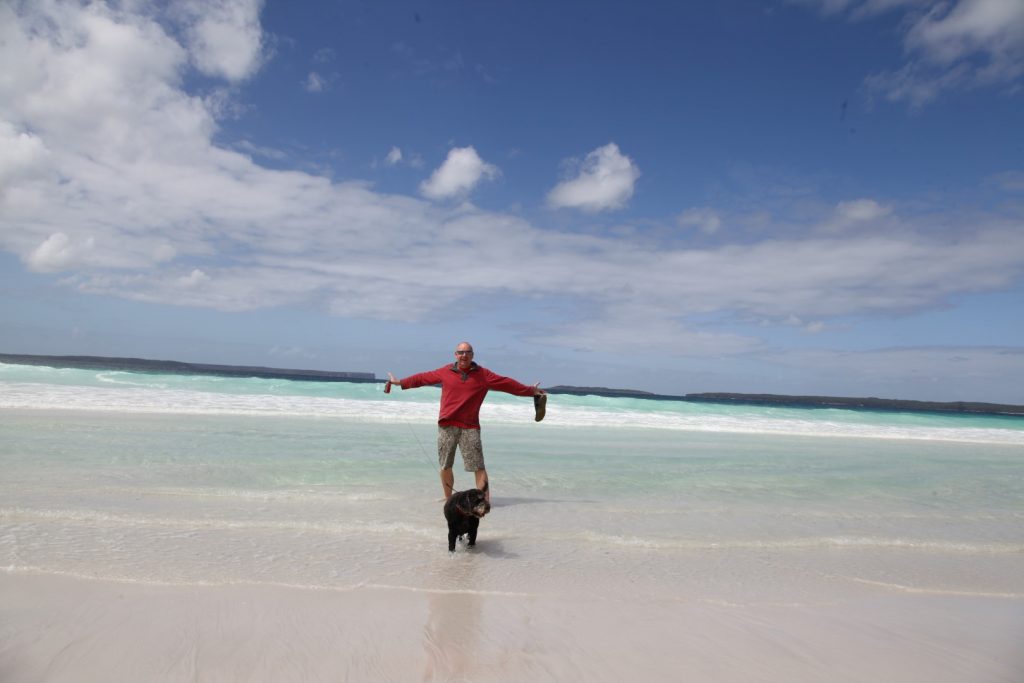